Picture this: you are out with a few friends, coworkers or strangers while you’re out. You’re having a good time. However, you get pushed to take an alcoholic drink, but you don’t want to: how do you say no without offending anyone? Here are 5 ways to say ‘no’ to alcohol.

1. “I don’t drink and drive” OR “I’m driving”: This is a very good response if you are driving. It reinforces the concept of safe driving and shows that you are a responsible individual. This is arguably the best also the perfect job for those who don’t drink-they can hang out with friends, not drink and then take them home. Everyone appreciates a free ride home.

2. “I don’t drink”: Probably the response which requires numerous follow-up questions, but its worth a try. You may wish to decline drinking as you may have taken a religious vow, or you are taking a break from alcohol altogether. Expect to get teased and joked about your sense of fun, and/or masculinity/femininity. That said, be firm and is a good reply as long as you can keep up with the fun activities with your friends.

3.“I have to get up early tomorrow” OR “I’ve got work in the morning”: It’s an interesting reply, as it may prompt a follow-up question (ie: ‘what are you doing tomorrow?’). That said, It’s good as it demonstrates that you don’t permit alcohol to interfere with your daily activities and you have a good head on your shoulders.

4. “I’ve just had one”: It’s a good, easygoing response. This prevents someone from accusing you from being too uptight. This insinuates that you are have boundaries and that you don’t need to drink continuously, but indicates that you could have taken a drink if you wanted.

5. “I’ve had enough to drink”: This is a hugely powerful statement when you drink with a regular crowd. If it’s a new group, they will learn about your tolerance eventually. It’s good to drink responsibly, especially for those who may have problems with alcohol

What are other effective methods you use to drink responsibly? Tell us in the comments!

Sri Lanka is notorious for its poor driving. Given the fact that we encounter a high level of road rage, it seemed appropriate that we list out the worst driving habits of our fellow Sri Lankan drivers:

1. Going too slowly…on the highway: Yes, we have highways and that is excellent. However, there are a number of individuals who go too slow-say travelling at 50kmph when the speed is as high as 100kmph. If you are one of those who goes too slowly, move towards the left lane.

4. Using Mobiles & driving: As we have mentioned earlier, this is very dangerous, since a moment’s distraction is all that’s necessary in order to cause a collision. If you must take or receive an important call, move your car to the side and take the call. 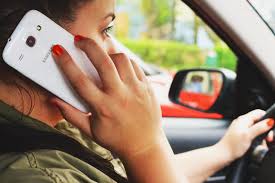 5. Using the wrong turn signal: One of the most basic things to do, and yet you’ve likely come upon this scenario: drivers who are about to turn left, have their indicators lit up in the other direction (even when they can’t turn right!). While this may be quite amusing to some, it slows down the vehicle behind as it creates uncertainty, because the driver up front seemingly doesn’t appear to know what they are doing.

6. Drifting in and out of lanes: Probably the most annoying on the list. Some drivers cant seem to decide on which lane they want to stay on, and frequently keep changing lanes by swerving to the left or the right. This makes it difficult sometimes as motorists want to drive normally and shouldn’t have to worry about getting involved in a side on collision.

7. Reversing onto the main road: If you’ve ever had to park in a shop or restaurant which is on the main road, you know nerve-wracking this feels. You need to reverse and manoeuvre carefully as you do your best to avoid hitting another car, or pedestrian.

8. Inconvenient parking: You need to park somewhere quickly, unfortunately the closest parking spot has been taken in a very poor fashion (see pic below). If this is you, breathe.  We’ve all been there at least once. Please learn how to park in a convenient place and it’ll help everyone. 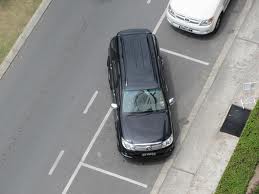 9. Too many people in a vehicle: This is more likely to happen if the vehicle is a three-wheeler/tuk tuk or a motorcycle. I understand that people want to save the cost of transportation, but surely that shouldn’t be at the expense of someone’s life?

10. Large vehicles on narrow roads: Narrow ‘side’ roads are frequently used as shortcuts by a number of drivers. However, the moment a large vehicle such as a bus, truck or even a car comes along, there is no way a second vehicle can go through. 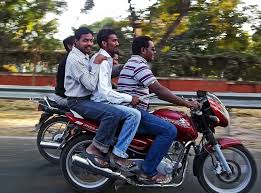 11. No helmets: This one is for all the motorcyclists who don’t use helmets: it’s a terrible idea. You are risking serious injury if you don’t have one on you and a road accident were to happen. Furthermore, there are children who travel without a helmet: Surely if you are a responsible parent,  keeping your children safe should be a priority.

12. Driving through yellow lights: Rarely a hour goes by when this does not happen. All types of motorists seem to view the yellow light as ‘go’ and jam their foot on the accelerator. It’s not a safe thing to do, and even though it may cost you a little time in traffic, it’s better to get there late than to not get there at all.

12. Large vehicles on narrow roads: Narrow ‘side’ roads are frequently used as shortcuts by a number of drivers. However, the moment a large vehicle such as a bus, truck or even a car comes along, there is no way a second vehicle can go through.

And there you have it, the 12 worst driving habits of Sri Lankans. Which is the worst of them all? Tell us in the comments!