Picture this: you are out with a few friends, coworkers or strangers while you’re out. You’re having a good time. However, you get pushed to take an alcoholic drink, but you don’t want to: how do you say no without offending anyone? Here are 5 ways to say ‘no’ to alcohol.

1. “I don’t drink and drive” OR “I’m driving”: This is a very good response if you are driving. It reinforces the concept of safe driving and shows that you are a responsible individual. This is arguably the best also the perfect job for those who don’t drink-they can hang out with friends, not drink and then take them home. Everyone appreciates a free ride home.

2. “I don’t drink”: Probably the response which requires numerous follow-up questions, but its worth a try. You may wish to decline drinking as you may have taken a religious vow, or you are taking a break from alcohol altogether. Expect to get teased and joked about your sense of fun, and/or masculinity/femininity. That said, be firm and is a good reply as long as you can keep up with the fun activities with your friends.

3.“I have to get up early tomorrow” OR “I’ve got work in the morning”: It’s an interesting reply, as it may prompt a follow-up question (ie: ‘what are you doing tomorrow?’). That said, It’s good as it demonstrates that you don’t permit alcohol to interfere with your daily activities and you have a good head on your shoulders.

4. “I’ve just had one”: It’s a good, easygoing response. This prevents someone from accusing you from being too uptight. This insinuates that you are have boundaries and that you don’t need to drink continuously, but indicates that you could have taken a drink if you wanted.

5. “I’ve had enough to drink”: This is a hugely powerful statement when you drink with a regular crowd. If it’s a new group, they will learn about your tolerance eventually. It’s good to drink responsibly, especially for those who may have problems with alcohol

What are other effective methods you use to drink responsibly? Tell us in the comments!

We get it, it happens. You’ve had a lot to drink and you’ve made a poor decision, you got behind the wheel of your car. Now, you’ve gotten caught by the police. If this is your first time, you’re probably thinking “What’s going to happen now?” Here’s what you should expect.

The Test: If a police officer asks if you’ve been drinking and isn’t satisfied with your answer, you will need to take a breathalyzer test. The key number here is 0.06%. If your Blood Alcohol Content (BAC) is higher than this amount, OR if you refuse to do the test altogether, you will be deemed drunk. 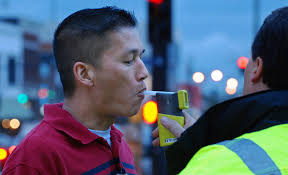 The police have decided that I’m drunk, what happens now?

Look into Section 216 of the motor traffic act, which can be read here. It says if the driver is found to be driving under the influence of alcohol the following penalties will apply:

– Stay at the police station to be examined by a government medical officer.

– Be taken to jail before a magistrate

– Have his/her vehicle taken by the police: Although the insurance firm can make these arrangements for you, You will bear the cost of towing your vehicle (between Rs. 10,000-Rs. 20,000 within Colombo) to the police station.

– Have a DUI (Driving Under the Influence) on your permanent record: which could affect your ability to get certain jobs, travel VISA’s, bank loans, get into university, not to mention the social stigma associated with being labelled a drunk driver.

What about insurance? Your premium amounts won’t get affected in Sri Lanka. However, if there is an accident and you are caught with a DUI, your insurance claim will be rejected.

Let’s recap: A suspended driving license, an impounded vehicle and a fair amount of money gone down the drain. That’s a pretty significant penalty for deciding to get behind the wheel while driving. Plus, we haven’t even gone into what would happen if your vehicle got into an accident, this is what happens when the stakes are lower!

Bottom line: drinking and driving isn’t worth it. Make sure you take appropriate steps to get home safely.